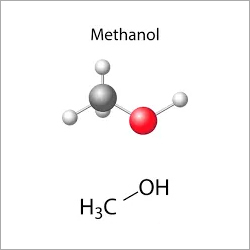 Methanol Chemical
Price And Quantity
Product Specifications
Product Description
Small amounts of methanol are present in normal, healthy human individuals. One study found a mean of 4.5 ppm in the exhaled breath of test subjects.[19] The mean endogenous methanol in humans of 0.45 g/d may be metabolized from pectin found in fruit; one kilogram of apple produces up to 1.4 g methanol.[20]

Methanol is produced by anaerobic bacteria and phytoplankton.In a process of toxication, it is metabolized to formic acid (which is present as the formate ion) via formaldehyde in a process initiated by the enzyme alcohol dehydrogenase in the liver.[31] Methanol is converted to formaldehyde via alcohol dehydrogenase (ADH) and formaldehyde is converted to formic acid (formate) via aldehyde dehydrogenase (ALDH). The conversion to formate via ALDH proceeds completely, with no detectable formaldehyde remaining.[32] Formate is toxic because it inhibits mitochondrial cytochrome c oxidase, causing hypoxia at the cellular level, and metabolic acidosis, among a variety of other metabolic disturbances.[33]

Outbreaks of methanol poisoning have occurred primarily due to contamination of drinking alcohol. This is more common in the developing world.[34] In 2013 more than 1700 cases nonetheless occurred in the United States. Those affected are often adult men.[35] Outcomes may be good with early treatment.[36] Toxicity to methanol was described as early as 1856.[37]

Because of its toxic properties, methanol is frequently used as a denaturant additive for ethanol manufactured for industrial uses. This addition of methanol exempts industrial ethanol (commonly known as "denatured alcohol" or "methylated spirit") from liquor excise taxation in the US and some other countries. 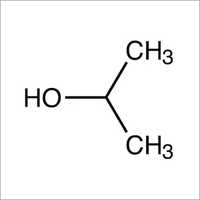 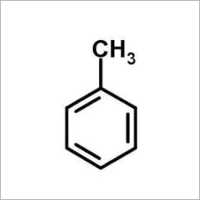 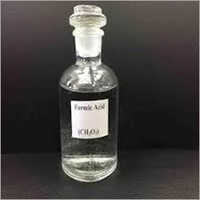